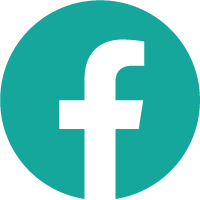 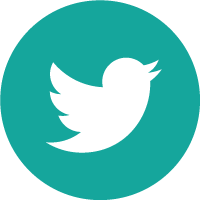 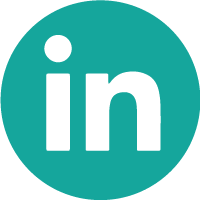 view all
Comprehensive Kidney Care
Patients with chronic diseases such as chronic kidney...
Why Patient-Centered Care is Important
More than 15% of American adults are at...

Dr. Poduval built Panoramic Health on the vision that physician-led value-based care, paired with robust data analytics and creative population health initiatives, can transform kidney care while keeping physicians relevant, independent, and at the center of patient-care delivery. In 2020, he led the organization into a strategic partnership with Audax, a trusted private equity investor with more than $6 billion in successful investments in 135 platform countries. Under Dr. Poduval’s leadership, Panoramic Health has become the largest nephrology provider platform and the largest non-dialysis participant in Medicare’s CKCC Kidney Care Choices Model.

Dr. Poduval’s deep clinical expertise has contributed to his success as a healthcare leader, driving growth and innovation in several healthcare sectors. Prior to Panoramic Health, he served as the President of Southwest Kidney Institute (SKI), one of the country’s premiere nephrology groups, for 8 years. Under his leadership, SKI expanded its physician base, achieved greater market density, strengthened statewide business partnerships, and diversified its organizations including Southwest Vascular Centers, Southwest Clinical Research Institute, SKI Properties and SKI-DaVita Dialysis Centers. He played an integral role in developing SKI’s Transplant Division into one of the largest in Arizona.

A lifelong learner, Dr. Poduval is passionate about creating pathways for collaboration between universities, private practices, and the communities they serve. He’s helped Panoramic Health and its member practices forge strong relationships with university-based academic programs in several states across the country. Dr. Poduval holds faculty appointments at the University of Arizona College of Medicine and the Creighton University School of Medicine, where he has been recognized for his teaching excellence. Dr. Poduval is an RPA Board Member and has served as a member of RPA’s NCAP Steering Committee for six years. He was also a member of the American Society of Nephrology’s Media and Communications Committee for two years.

Dr. Poduval completed his Nephrology and Transplant Nephrology Fellowships at the University of Chicago, practicing both specialties in the Phoenix Metro for 20 years. He served on the Governing Board of the Phoenix-Tucson ESCO, one of three DaVita ESCOs in the United States, for six years. Dr. Poduval also served as the Medical Director of the Dignity Saint Joseph Kidney Transplant Program, playing an instrumental role launching the program in 2014. He has been recognized as a “Top Doc” by Phoenix Magazine and is a two-time recipient of the Medical Director Excellence Award for DaVita’s Westside Division. 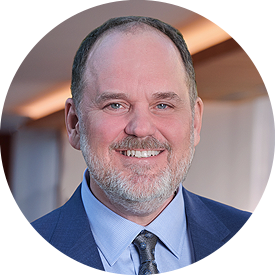 Guy Seay is Chief Financial Officer at Panoramic Health, bringing decades of kidney care expertise to the organization. He is passionate about aligning physicians to improve the patient care experience. 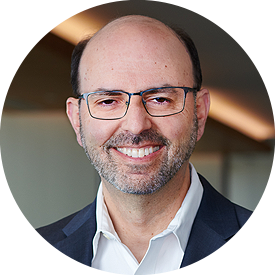 Roy Marcus, MD
Roy Marcus, MD, is a Panoramic Health Board Member and serves as the organization’s Regional Medical Director for Value-Based Care. He designs clinical initiatives for value-based care and implements them with practices and nephrologists while advising operational workflows. Dr. Marcus is currently the President of Clinical Renal Associates, a large Philadelphia-based nephrology practice, a position he has served in for the last 20 years. He was previously the physician leader of the highest earning ESCO for 5 years. 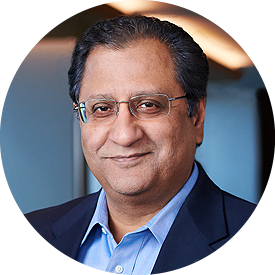 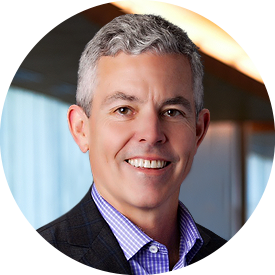 Mark Vachon
Mark Vachon is a Fortune 10 C-level executive with a 30-year career spearheading global business transformation, fueling innovation, igniting profits, and accelerating growth primary across multi-billion-dollar GE businesses. Currently, he serves on the boards of bluebird bio, a publicly traded gene and cell therapy company; Numotion, the national leader in complex rehab technology services; Klockner Pentaplast, a Luxembourg based packaging business; Beacon Mobility, a leading provider of mobility services in the United States; and chairs the board of the Charitable Health and Retirement Trust in Boston. Prior to retiring in 2012, Mr. Vachon assumed a variety of leadership positions across the General Electric organization. He was President and CEO of GE Healthcare Americas from 2009 to 2010. Prior to that, he was President and CEO of Global Diagnostic Imaging, between 2006 and 2009. From 2003 to 2006, Mr. Vachon was Executive Vice President and CFO at GE Healthcare. A two-time recipient of the Chairman’s Leadership Award, he was named a Company Officer by then Chairman and CEO Jack Welch in 1999 and a member of GE’s Corporate Executive Council in 2006 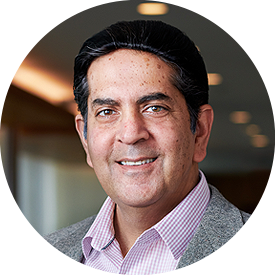 Rohit Sharma, MD
Rohit Sharma, MD, is the CEO of Diablo Nephrology, a renal practice based out of Concord, California, with nearly 50 years of operation. He is also the CEO of West Coast Kidney Institute and serves as the Medical Director at the Diablo Dialysis Access Center. Dr. Sharma is Board Certified in Nephrology, Interventional Nephrology, and Internal Medicine. 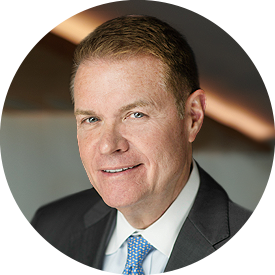 Bruce Perkins
Bruce Perkins is an experienced board member with a demonstrated history of working in healthcare delivery, finance, and services. He is highly adept in working with physician practices, payors, home health/hospice, pharmaceuticals, Medicare Advantage, and fee-for-service medicine. For 38 years, he served in various roles at Humana, leading hospitals and health plants, and organically building the Healthcare Services segment of Humana, a 20-billion-dollar business. Perkins is currently the managing member for Perkins, Smith & Associates, LLC, a healthcare consulting firm based on Louisville, Kentucky. He serves on the board of Amedisys, Advanced Dermatology and Cosmetic Surgery, Devoted Health, Physician’s Endoscopy and Remedi SeniorCare. He also serves strategic advisory roles for myNEXUS, ChenMed, the Marwood Group, US Imaging, Matrix Medical Network and Magellan Health, Inc. 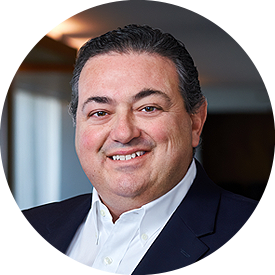 Alberto Casaretto, MD
Alberto Casaretto, MD, is a Panoramic Health Board Member and serves as the organization’s Vice President of Clinical Affairs. Dr Casaretto oversees all aspects of the organization’s clinical operations including quality assurance and safety standards. He is the Founder and Managing Partner of Florida Kidney Physicians Southeast, one of Florida’s premiere resources for kidney care. He is a past President and past Chairman of the Board of Trustees of the Broward County Medical Association (BCMA). Dr. Casaretto also served as the Chief of Nephrology at Holy Cross Hospital and Medical Director for DaVita East Ft. Lauderdale, DaVita Boca Raton, and DaVita Delray Beach. He completed Medical School at Tuft University School of Medicine and his residency in Internal Medicine at Emory University Hospital. Dr. Casaretto finished his nephrology fellowship at Hospital of the University of Pennsylvania and holds an MBA from University of Miami Herbert Business School. 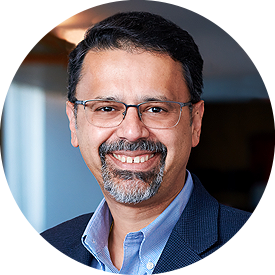 Rajendra Baliga, MD
Rajendra Baliga, MD, FACP, FASN, FAST, is the founding and current Executive President of Florida Kidney Physicians. Dr. Baliga also serves as the Medical Director of the Kidney and Pancreas Transplant Program at Tampa General Hospital and the Medical Director of the DaVita Kennedy Dialysis Unit in Tampa, Florida. He is ABIM Board certified in Internal Medicine and Nephrology and is also an AST/ASN Certified Transplant nephrologist. Dr. Baliga holds faculty appointment as a Collaborative Associate Professor at the University of South Florida Morsani College of Medicine. He went to Medical School at Seth GS Medical College, completing his general medicine residency at the KEM Hospital in Mumbai, India, and his internal medicine residency at St. Francis Hospital in Evanston, Illinois. Dr. Baliga finished his Nephrology Fellowship at The University of Florida and Transplant Nephrology Fellowship at the University of Chicago. 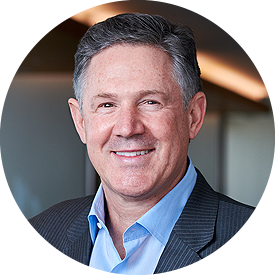 Jeff Ramage
Chief Legal Officer
Jeff Ramage is the Chief Legal Officer at Panoramic Health. He brings more than 25 years of leadership experience, with a deep expertise in M&A, data privacy, compliance programs and legal department management at both private and publicly traded companies. Prior to joining Panoramic Health, Jeff served as Chief Legal Officer at United BioSource (UBC), a global pharmaceutical services company. During his tenure at UBC, Jeff established the company’s legal, contracting and privacy functions following its sale from Express Scripts to Avista Capital Partners in late 2017. Before UBC, Jeff served in a variety of positions of increasing responsibility at IQVIA. He holds a juris doctor degree and a Master’s in Finance. 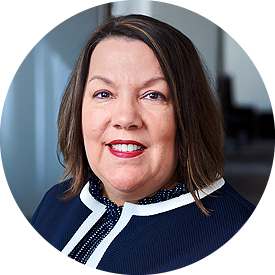 Her career reflects more than two decades of shaping human capital strategies and building and scaling healthcare companies. She’s held significant senior leadership roles at both Aetna and Coventry Healthcare and worked closely with several large healthcare clients during stints at both Aon Consulting and Buck Consultants. She is a member of the Women Business Leaders in Healthcare (WBL) foundation and nominee and participant in Break Into the Boardroom, a program created by Oxeon and Deerfield Management to increase the number of women on public and private boards. 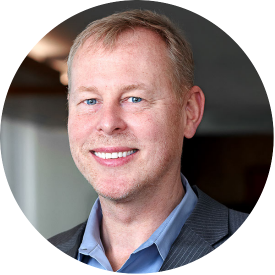 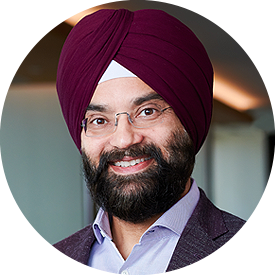 © Panoramic Health. Trademarks and brands are the property of their respective owners.